You know... from the Internet 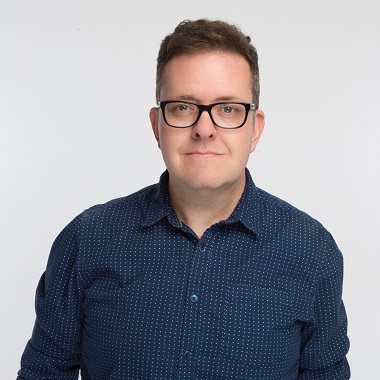 You know... from the Internet

His comedic and family-friendly but irreverent videos have been seen more than 300 MILLION times on various platforms.

With a global fanbase of almost 1 MILLION people, an invitation to the White House, speaking engagements all over North America, starring in the Dreamworks TV show ‘Kid vs Parent’ with his youngest son, collaborations with celebs such as The Property Brothers, and meet-and-greets at PlaylistLive with 20,000 fans strong, Brittlestar is living the social media celebrity dream… not bad for a Dad from the suburbs.

Brittlestar, or Stewart Reynolds (as his mom calls him when he’s in trouble), is the father of two teen boys, Owen and Gregor (both well-known creators online). These three guys, along with Brittlestar’s wife, Shannon (co-star of their successful The Morning Show Thing live stream on Facebook), have created viral videos for a variety of brands and organizations such as Disney, ESPN, Subway, CBC, Walmart, and others.

All session by Brittlestar

Discoverability for a 2017 Audience: Boosting Content to Build Reach